The heavy footfalls of the man walking directly behind John echoed ominously.

After being beaten and near starved for several days, and now pushed and prodded along the dimly lit stone corridor like some reluctant beast to the slaughter, his legs were on the point of collapse. He stumbled to a halt for a moment and tried to look up from the floor, but the blood from the deep gashes across his brow was trickling into his eyes, making everything blurred.

The guard poked him hard with the butt of his spear. “Keep moving!”

The sharp contact sent a fresh spasm of pain shooting through his broken body. They had shattered his ribs only yesterday, and his mangled left hand, which was now hanging uselessly by his side, has been crushed the day before that. Despite this renewed agony, he knew from harsh experience not cry out or utter a word. To do so would only bring yet another beating.

John’s vision cleared a little. He could now make out a wooden door standing ajar at the end of the passage. Was this to be where he would meet his fate? He tried as best he could to gather his courage for whatever was to come. He had always known there was a chance of things ending this way, but still he’d somehow always assumed it would be the Romans who finally sealed his fate. Perhaps he should be grateful for suffering only the beatings, and now perhaps a quick death? The Romans would have done far, far worse. All too many times he had seen the bodies of the crucified, their ravaged corpses picked apart by the carrion birds and wild dogs.

A sandaled foot kicked him in the back, sending him stumbling headlong through the door. He landed hard on to the filthy stone floor. Blood from his face dripped down into the dust, quickly beading into tiny gruesome pellets. Unthinkingly, he reached down and pressed one flat with his finger.

Dragging his head up, John looked around the stark room. The only light was a small candle set atop a rickety table. Further back, just outside of the candle’s glow, was the silhouette of a man pacing back and forth with slow measure steps. He could feel eyes scrutinizing him. Then the figure waved his hand dismissively. Behind him, John heard the guard leave.

He decided to risk speaking. “Who are you?”

The figure paused. “Haven’t you guessed by now?”

The voice was familiar, but he refused to believe it. “Come closer so I can see you.”

The man walked to the table but kept his back turned, hiding his face from view. He picked up a rag and returned to the shadows.

“Here,” he said, tossing the rag onto the floor in front of John.

John picked it up with his one good hand and began wiping away some of the caked-on blood and grime from his face. The rag was wet and cool. It felt incredibly good. For moment he considered getting up and moving closer, but his fear kept him in place. He knew the guard was most likely watching from outside.

“You do know that this was inevitable, don’t you?” said the man.

“If you are who I think you are, then no,” John replied. “And if you’re not him, then I still don’t understand. How have I offended you?”

“You have not offended me,” said the man.

“Then why are you tormenting me?” he asked. “Step forward and show me your face. Do not let me die in ignorance.”

“You will die ignorant regardless,” said the man. “But you do deserve to know why you are here.” He stepped closer, revealing his features.

As recognition came, tears filled John’s eyes. He could barely speak through the sobs that were filling his throat. “Why have you done this to me?” he cried.

“You just don’t understand, do you?” His voice was soft and tender. “While you live, you will always be my master. They will look to you for guidance. I will never leave your shadow.”

“If all you want is leadership….” began John, but a stern glance silenced him.

“You will just leave, I suppose,” the man said. “Is that your offer? You’ll disappear, never to be seen again?” He laughed. “That would only fuel your legend. Those who would oppose me would merely claim you had ascended into heaven, thus making you a divinity. I would be diminished.” He paused. “No, I’m afraid your death must be very human and very public.”

“Killing me will not help you,” John countered. “When it becomes known I died by your hand, the people will shun you.”

“But they will not know,” he replied. “I have arranged to have a different tale told to the masses. To everyone, I will appear outraged and ready to assume the mantle of leadership. It will be my words they will hear, and my name they will follow.”

“And then what?” asked John. “Will you march on the temple and spill blood in the house of the Lord? Are you such a fool as to think the Romans will allow that to happen?”

“I will march on the temple.” His face became taut with anger. “And the people will rejoice at my coming. They will rise up against the priesthood. And when I am done, the Romans will look to me to keep the peace.”

“How did I not see the canker that grows in your heart?” said John. His voice trembled with anger. “I thought you a man of God. I thought you would help me bring hope to those in need. But instead you are driven mad by your desire for power.” He spat. “You disgust me.”

“You think this is only about power?” The man’s voice rose and reverberated off the bare walls as he continued to pace back and forth. “My name will be on the lips of men long after my body is dust. The things I will accomplish will be remembered for generations.” He turned to face John. “You will be part of my story; not me a part of yours.”

He laughed. “You think to help me? You think I lack God’s grace?” He crouched down to look John directly in the eye. “It is I who decides the will of God.

He has given me this power. He has told me what must be done, and I…I alone…will bring his word to the multitudes.”

John cringed at the sound of his voice. It raked at his ears and sent chills down his spine. “It is Satan’s voice you hear, and with Satan’s voice you speak. For God would never have you slay your master. You will be damned.”

“We shall see,” he replied. He looked to the door and nodded.

John heard the guard entering once again, then the sound of a blade being drawn. “I pity you. And I forgive you,” he said.

The man placed his hand on John’s head and gently stroked his hair. “I’m sorry John. But I no longer have need of your forgiveness. From this day forward it will be me who grants forgiveness to others. People will know that John the Baptist died a human death. It will be the name of Jesus that the people will keep in their hearts. And through their worship, I shall hold the keys to heaven.”

He withdrew his hand and backed away. An instant later, the sword struck.

John’s head rolled to the ground.

And thus the man became God. 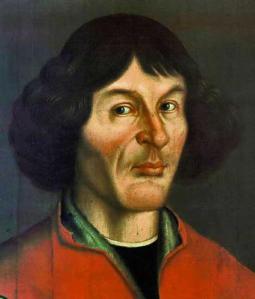 4 thoughts on “John by Ganser Bronson”