“Do you hear the Gods my love? Thor and Hod are riding the sky tonight driving the long winter days before them, pushing the frost and chill across the lands.” Toothless old Agritha stopped her knitting. Needles poised in mid clack, her pale eyes took on a faraway look and Tarmen knew she would stay that way, transfixed by days long gone, lost in memories until she was pressed to continue the story.

Tarmen listened to the tale, although half an ear had lent itself to the torrential downpour and the intermittent claps of thunder. He sat at the crone’s feet and leant against blue veined legs, wrapped in the pelts of wolf skins on the edge of the fire pit. Flames spun shapes of the gods who walked the earth before men were born and the shadows they threw out rose into monsters. But he wasn’t a child anymore, he had bragged as much to his father, so the grasping fingers of shadowed things didn’t scare him. Agritha’s eyes, cloudy as they were, watched the yellow dancing gods.

The young boy wondered if it was raining where his father was. ‘Wait another season. Wait a little longer, then you can raid with us.’ He had heard the words before and yet, despite his anger at being stuck with old Agritha and the slave his father had stolen from across the sea, Tarmen’s envy matched the weather outside.

“It will snow, mark my words.” The clacking began again, a familiar sound to the raging tempest screaming its fury around Skarken.

“Will the gods protect my father?” A small voice beside Agritha asked.

Agritha worked her tongue into the space where two teeth used to be. It was a habit of hers when she took to thinking. Tarmen looked up, straining his neck backwards. Old skin, wrinkled and loose, wobbled as she spoke. END_OF_DOCUMENT_TOKEN_TO_BE_REPLACED 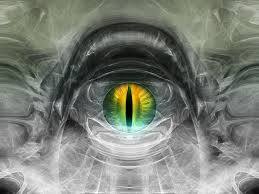 “I hate to bring it up, but I am down to my last silver. Unless the Needle and Thread has a packed house tonight we’ll be eating our last meal.” Whining was a form of mantra for this skinny man.

Ametrine laughed. “I know a place, its a bit of a walk but … “ He always kept to the right side of the path, it hid the purple stain that covered his cheek and ear. It wasn’t that he was embarrassed, far from it. He kept it away from his companion, because it suited him to do so. His secrets were his own.

Hook pulled up hard. He sounded, as though he was choking, “If we don’t go to the Needle and Thread there’ll be no dinner. Nothing, do you hear me Ametrine. I might just as well bury this bloody piece of silver in the ground and hope that it grows overnight into a plate of stew. We’re on the bones of our ass friend, no savings, no spare nothing.”

Ametrine turned. The purple splotch darkened and the eye inside changed. It paled to a creamy gold. “Do you believe in magic Hook?”

Every now and then, I remember
Loose images of what used to be
Or could be,
Or should have been.

He was a beautiful creature, sublime in faith and godly intentions with downy wings that when unfurled stretched in unworldly glory. Aarin watched her sleeping and was amazed as always how the dead could look so alive in this place of mirrors.

Babette slept as she did every night, but although a smile ghosted her pale face, a frown also sat firmly over the bridge of her nose. She would wake in the morning, like she did every day wondering why it was her sleep came away empty. No one dreamed here.

Another, also watched Babette, but not while she slept, no his interest lay in her waking hours. Shadows and trickery was his game. This creature was as ugly as sin and by far the most evil of creatures. Jabin was his name and although he was as squat as he was high on the nose, he was loyal to the cause and this meant Babette could never be allowed to remember. END_OF_DOCUMENT_TOKEN_TO_BE_REPLACED